CELEBRATE AND SAVE
USE PROMO CODE: AU21AWARD

Our inventor Dr Keith Alexander completely re-designed the traditional trampoline from the ground up to create the Springfree Trampoline. But why did trampolines need to change? What compelled a Professor of Mechanical Engineering so strongly that he spent 15 years doing so? And what did he change in his design to make Springfree so much safer that it was labelled the world’s safest trampoline? Keith shares his story in this inventor’s journey blog.

What was it about trampolines that needed to change?

“Trampolines were resulting in too many injuries. Part of the problem was that sales had soared and trampolines were becoming much more available. The American Association of Pediatrics actually proposed to stop consumer trampoline sales, because of the rising injury rates. But ultimately that was not going to work. Another American approach, as implemented through the ASTM standard on the safety of domestic trampolines, was to provide warnings – and plenty of them, as well as providing add-on safety features. But this was focused on assigning blame to the parents. The add-on safety features came at extra cost, and they were seen as disposable. These add-on safety features were also seen as a maintenance task (which was normally ignored)." 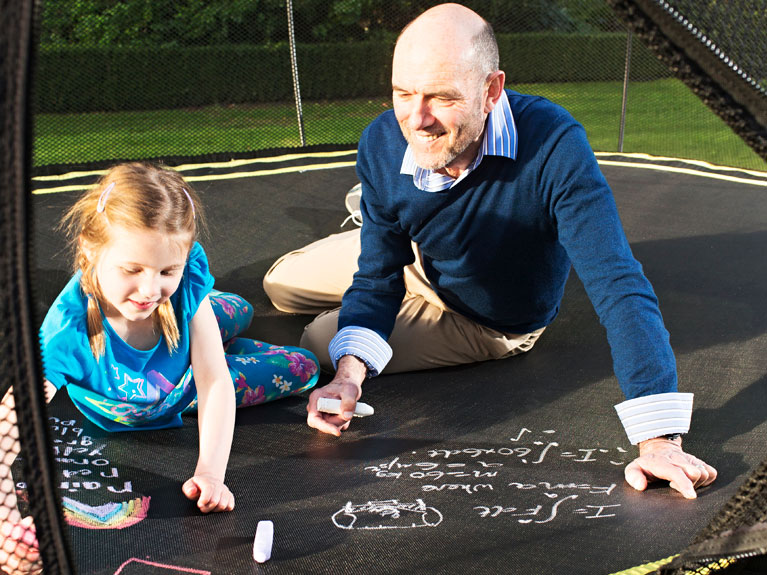 Which areas of traditional trampolines were of the most concern?

“These components had to last and remain effective for the life of the trampoline, and could not be seen as optional, or as disposable maintenance items.”

How did you decide what the most important things to change were?

“Initially I just guessed that the hard steel edge had to be a big problem, if not the biggest, so my initial design tried to solve that.

“Then a court case in America meant that all trampolines sold there had to have an option for a net enclosure. So we went ahead and developed one using the fibreglass support poles.

“It was only later when I did the research on trampoline injuries in the US that it became apparent what the biggest problems were. I co-authored a paper in 2010, titled Effectiveness of pads and enclosures as safety interventions on consumer trampolines, which summarised the research, findings and recommendations. In short, the big problem was that from 2002 to 2010, there was little or no measurable change to trampoline injury statistics, for the injuries that safety pads and enclosures are designed to reduce. This of course was a huge concern. 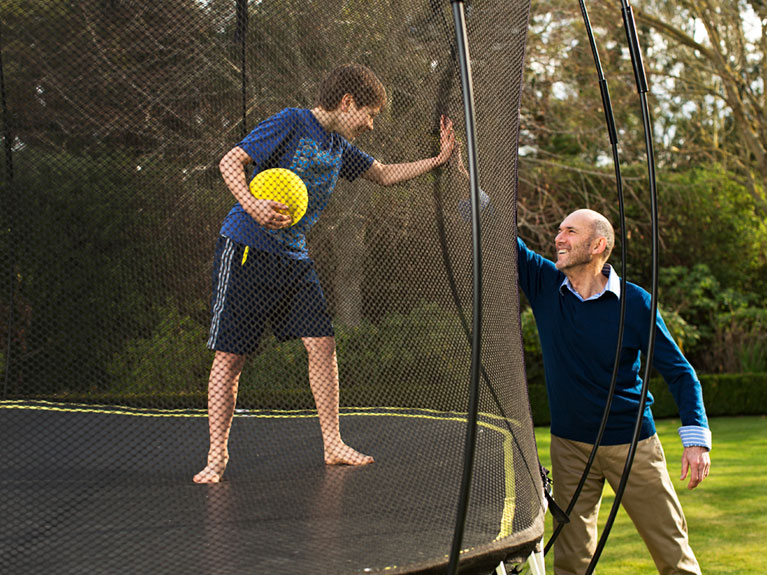 Why is Springfree so much safer?

“The Springfree Trampoline is different because it has been redesigned from the ground up with the intent of making it safer. The dangerous features of traditional trampolines have been designed out of the equation. There are no springs to fall on, no steel bars or hard metal poles to fall on. Basically all of the hard impact points have been removed.

“The Springfree Trampoline design needs no pads because the edge itself is resilient. The Soft edge, even at the stiffest part, is much, much softer than a steel pole covered by a safety pad. The resilient edge is an integral part of the trampoline, so it cannot come off or deteriorate like traditional pads can.

“The frame on the Springfree Trampoline is well below the mat, so the jumper cannot come into contact with it while jumping.

“The net, and the rods supporting the net are all flexible – so they cannot become a significant source of injury.

“The net material is UV resistant, so it will typically last the life of the trampoline. The net fabric will not run, so even with small holes it remains effective.

“And all Springfree trampolines are sold with an integral net as part of the trampoline – it is not something that is optional, or an add-on.”

“The whole unit is built to last, with those features essential to safety remaining in place for the life of the trampoline. The research has been done to show that it is much safer than traditional trampolines, and of course, I’m really happy with that result.”