Our online store is currently unavailable for scheduled maintenance.

We apologize for any inconvenience.

The Springfree Medium Round Trampoline was tested by Consumer Group CHOICE® with nine other trampoline brands against the Australian Safety Standards (AS 4989:2015) and not only was it the only trampoline to pass but Springfree is the only brand to have been recommended and pass the test for a third consecutive time. 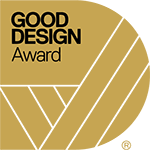 The awards are among the longest standing and most prestigious design awards in the world, recognising and rewarding excellence in design, innovation and creativity at national and international levels.

tgoma is the world’s first outdoor interactive digital game system on a trampoline, encouraging kids and families to go outside and be active.

The RedDot product design award is an internationally recognized quality seal that has been around since 1954. The best products receive the RedDot: Best of the Best award. We are proud to announce that from over 1,816 manufacturers, designers and architects representing 53 nations, Springfree Trampoline has been recognized as one of the Best of the Best in 2014 for the design of our O92 medium oval trampoline.

Springfree was chosen as a winner in the 2013 Toyology Outdoor Toy Awards. The selection process for this award is quite unique and it makes us very proud to have been selected!

Kids aged between 5 and 16 years old were the chief testers, along with teachers, parents, mummy bloggers and journalists. Peter Jenkinson, editor of Toyology.tv, was hosting proceedings.

Junior testers were given guidelines to help judge the entries, but the overall fun factor was the deciding factor. Adult judges commented on more specific attributes such as durability, longevity, value for money and originality with fun value also considered.

Kidspot's Best Of Awards recognises the best products voted by Australian mums each year, surveying mothers on their favourite products. Springfree™ Trampoline has been named as the Best Toy for 2011 and mums say, "Such an amazing design and loads of fun. It is hard to find such good quality in an outdoor product anymore.

Springfree Trampoline has been named a Gold Award winner in the 20th Annual National Parenting Publications Awards (NAPPA) Children’s Products competition. This award signifies that the winning product has been rigorously evaluated against stringent criteria and that it stands out among hundreds of other products from all around the world. Only the best products win the prestigious NAPPA recognition. This distinguished award recognizes Springfree Trampoline as a standout among toys available for children today.

Hosted in 28 countries, Product of the Year is the world’s largest consumer-voted program recognizing innovation in consumer packaged goods.

Springfree Trampoline also received the coveted Product of the Year Jury Award, awarded to one product for outstanding innovation among all of the winners.

Springfree Trampoline received one of the highest accolades in design excellence, an International Design Award by Standards Australia and their esteemed judging panel. All entries are evaluated against rigorous criteria including innovation, visual/emotional appeal, functionality, quality and manufacture, ergonomics and safety, environmental sustainability and presentation.

Springfree Trampoline received the highly recommended accolade by Parent’s Choice Foundation. The Parent’s Choice Award is the nation's oldest non-profit program created to recognize quality in children's media and products. In its 30+ year history, the Foundation has never awarded a trampoline product before.

Our testers, ranging in age from six to sixty-six, found skills they hadn't known, confidence that needed reawakening, and a hefty dose of much needed family fun. If your family has been thinking about a trampoline, this is highly recommended and worth serious consideration.

Springfree Trampoline is a proud recipient of the Family Choice Award, USA. Family Magazine Group, America's largest free parenting publication, is recognized as the premier resource for the very best in children's and parenting products and services.

An initiative of The Designer’s Institute of New Zealand, The Best Design Awards is the annual showcase of excellence in graphic, spatial, product and interactive design. 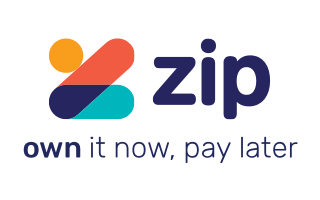 Enjoy the convenience of shopping online.

Sign up for our Newsletter to receive the latest product updates, news and promotions

Save up to $316 on accessories when you bundle!

Adding an accessory bundle is a great way to get the kids outside and active these school holidays.

Learn More
Close
Our online store is currently unavailable for scheduled maintenance. Please call +1800 586 772 to place an order. We apologize for any inconvenience.
Search Results ( found)